Chew Digest: A Look at Natural Hygiene and Terrain Physiology 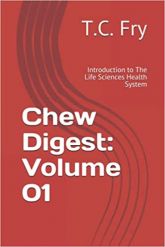