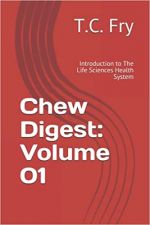 It is my personal opinion that we have strayed from the path that would be the most beneficial for us because of adversity and desire for stimulation of many kinds. I am attempting to live a life that will exceed 120 years and the first 45 years were an absolute train wreck that ended in Cutaneous T-Cell Lymphoma. A little over 6 years ago I elected to change that course. I got sober with the help of A.A., and have continually made course corrections along that way to the point where I am now. It has all been trial, error, and adjustment. I'm approaching my understanding of dietary needs based on the overall metabolic cost of what we are putting in our bodies. I'm not trying to age as most of society currently does, dying after shriveling up and withering away at well under 100. I am approaching this as someone that wants to maintain a body that looks no more than 24 until I take my final breath. This is my basis.

I'm almost 50 years old and when people see me in person they are shocked because I look half my age. I have no wrinkles anywhere on my body and when I used to eat animals, I was aging just like the rest of society that consumes animals. I just can't ignore the outcome. It is inescapable. If someone wants to age in a manner consistent with those that eat an omnivorous or carnivore diet, then, by all means, enjoy the current status of aging and disease accumulation. I'm just not that guy. I like my youthful body, and including animals in my diet was not able to accomplish that.The result has been a removal of disease by reversal of that which aged me. I didn't intend on being a whole-food/plant-based adherent, but I couldn't escape its reality in the anti-aging arena.

I question everything, but I never eschew anything without my own research and testing by trial and error. The only thing I throw away is that which doesn't reverse aging.

This is my way.

What is Terrain Physiology?

I recently spent a full year on a raw vegan journey after I found a group on Facebook that promoted Natural Hygiene that promoted a diet that was not only vegan but one that followed a diet primarily based on fruit and gentle leafy greens. I also decided to remove garlic, onions, caffeine, dark chocolate, even added salt, and bore deeply into eating mostly fruit and salads as suggested by this aforementioned group. The only exception was a small amount of homemade hummus added to my salads in place of dressing. So I guess if someone wanted to nitpick a little they could say that I was only 98% raw vegan. There is too much evidence and data demonstrating that those that live the longest eat legumes on a daily basis. That and I just make good hummus.

I feel it was a worthwhile endeavor that allowed me to learn firsthand a lot about how the human body functions when exposed to a raw vegan lifestyle over a long period of time. Not something a lot of people can say. An its overall cleansing effects on my body were well worth the time and effort. I am grateful for what it did for me and I still believe that it was the right thing to do.

Would I recommend this diet to everyone? Not necessarily. It would depend on the individual and what their diet had been like for the year leading up to their wanting to take on such an endeavor. If they had been a strict vegetarian for a year first then by all means. I wouldn't see any problem in making the shift. If they were omnivores, I would suggest transitioning to a vegetarian diet for a good six months beforehand. I believe healthy and gradual transitions are the best way to find success in dietary changes.

These days I am no longer a raw vegan for a number of reasons, but most importantly is because there is no evidence that it is the best way to go about getting to 120 years of age with a body that looks and feels no more than 34. Aside from the fact that there is no evidence to suggest that such a hygienic Edenic diet would do such, my main concern with the raw vegan or even fruitarian diet is that it is too easy on the body ultimately resulting in a more fragile state of existence, premature decline, and lower mortality overall.

Humans did not become the dominant species by eating a perfect or overly hygienic diet. On the contrary, it is because of much adversity and stress in our lives that brought us to where we are today.

An all-fruit diet in today's world is problematic because we just don't have access to enough variety on any given day to have a wide enough diversity of nutrients to make it even feasible to get enough of what we need, in the way our body would need it for our body to thrive.

And then there is the overly-hygienic state that an all-fruit diet will land your body in that would ultimately leave you with a microbiome that has diminished diversity which is not a good place to be. Our body and mind need to be exposed to small amounts and diversity of stress on a regular basis to maintain a strong state that can better deal with unforeseen future adverse situations. An overly hygienic, or sterile state is not a good place for a human or any other organic life form to be found outside of a sterile or hygienic environment. And none of us live in a cleanroom. We live in a diverse world filled with much adversity and as such our body needs exposure to adversity and even small amounts of environmental stress to remain anti-fragile and strong when unforeseen future adversity should arise.

To be clear, I am still a vegan by definition because it provides us with the greatest opportunity to make it to 120 years with a body that looks and feels no more than 34. However, I don't believe that we need to limit ourselves to a raw diet and that adding certain plant-based foods that need to be cooked first is an important part of greater longevity and a fuller life experience. They provide a necessary and beneficial derivation through mild adversity that strengthens the body overall.

So rather than arguing about which version of vegan diet is better for every individual, I can say with all certainty that there are other principles that are more important than a list of approved foods that exclude things like cooked legumes, sweet potatoes, and cruciferous veggies. Clearly, some plant-based/whole food is better at cleansing the body than others, but there does come a point where a complex living system can become too hygienic and the needle of health starts pointing in a negative direction. A Natural Hygiene diet is the best for cleansing, but not good for overall longevity and to suggest that it can be a permanent lifestyle is overreaching. A bridge too far.

Adversity and variation are what build a strong and robust body that will make it further down the road while avoiding any states of disease.